When teaching a course that would not traditionally rely on a textbook, the prospect of creating a syllabus populated exclusively by Open Educational Resources can initially feel overwhelming. My syllabi are typically populated by book chapters, journal articles and media articles. In my own experience, once I got past that initial feeling of being overwhelmed, I realized that moving towards a total reliance on OER was an opportunity for creativity and a more engaging classroom experience for students. I further realized that using OER provided me with an opportunity to better incorporate my criticisms of the current university model into my teaching.

I teach in Urban Studies – a field that is transdisciplinary. Because of this, initial searches for OER resources under the banner of urban studies came up dry. So, I examined my old syllabus and made a list of the disciplines from which I had drawn resources the last time around. Broadening my scope to other disciplines with urban focused sub-fields helped me to find more openly available academic resources. 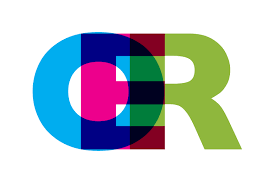 As someone passionate about my field of study, I was (and am) attached to many of the texts that I had chosen to populate my syllabi in the past. Here, I determined which scholars’ voices I was determined to continue to include in my syllabus. Some digging helped me find resources of theirs that were openly available, or instances in which a given chapter of their book had been converted into a blog post of sorts that was openly available online. In one instance, I was surprised and delighted to find that a scholar I had assigned students in the past had a blog which he had published with a Creative Commons license. The publicly available blog posts were actually a better fit for my 100-level course than his academic work in that they explained the complicated workings of municipal finance in more accessible terms. In other instances, in which I couldn’t find an openly licensed version of a given scholar’s work, I used videos of their lectures available on YouTube in which they communicated the ideas I wanted my students to grapple with.

Moving towards an entirely open syllabus has pushed the parameters of what I have typically included on a syllabus. As mentioned, blogs offer a wealth of information, often in a more concise and accessible format. Having students read materials publicly available on blogs also provided me with an opportunity to include voices in my syllabus that might not have been included before. Elsewhere, I searched for interviews with academics and activists so I could include ideas that might not otherwise be available in openly-licensed materials. In another instance, I included an openly available short story that deals with gentrification. I found that it was actually better able to capture what the stakes are of gentrification than many academic works on the topic. Finally, I have included online databases and resources for students to explore – an example is the NYC LGBT Historic Sites Project.

To conclude, once I got past the initial feeling of being overwhelmed, I came to realize that more than anything, moving towards an open syllabus presented an opportunity to be creative, to better engage students in the classroom and to better put my principles into practice.

Sophie O’Manique is a PhD Student in Earth and Environmental Sciences (Geography Stream). Her research is focused on the implications of affordable housing policy for social reproduction in New York City and Toronto. She also teaches in the Urban Studies department at Queens College.