Alaina Claire Feldman is the Director and Curator of the Mishkin Gallery at Baruch College, where she also teaches in the MA Arts Administration program. She is a MALS candidate (Social and Environmental Justice Studies) at the Graduate Center. 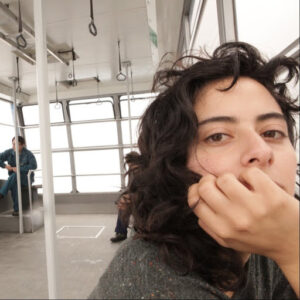 Alex Viteri is a performance maker and scholar. She also likes to collaborate as a dramaturg for choreographers and visual artists. Lately, she co-facilitated the residency THE BODY OF WATER: Experimenting with Form in Playwriting and performed next to the choreographer Juliana Piquero and light/sound designer Catalina Fernandez in Fan de Ellas, Berlin. Alex is doing her Ph.D in Theatre & Performance at The Graduate Center & teaches at Hunter College. 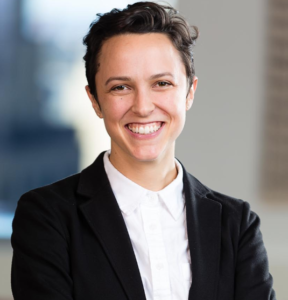 Angela LaScala-Gruenewald is a doctoral student in the Sociology PhD Program at The Graduate Center. Their research explores social control and punishment in social systems with an emphasis on how bureaucratic processes create inequality through racialized organizational structures and the criminalization of poor people. Angela’s current project uses qualitative methods to examine how fines and fees are applied in suburban and rural court systems. Angela teaches contemporary social theory and criminology at Hunter College. 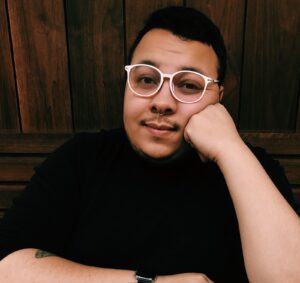 Anthony Wheeler is a Doctoral Fellow of Urban Education at The Graduate Center. He researches within Digital Humanities, where he studies digital pedagogies and educational technologies as methods of implementing social justice initiatives within the classroom. He’s also a member of the CUNY Academic Commons Team as a Community Facilitator and is a member of the English Department at City Tech and Communication Studies at LaGuardia. 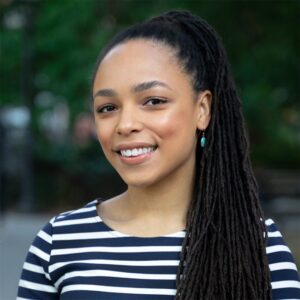 August Smith is a doctoral student in sociology at the CUNY Graduate Center. Their research broadly looks at race and racism in U.S. education with an overarching goal of understanding how teachers and students can resist and subvert white supremacy, heteropatriarchy, and capitalist exploitation. Their current working project uses critical race theory to investigate differences in students’ and teachers’ perceptions of social justice in their school with the goal of better understanding the impacts of culturally-sustaining empathetic practices. 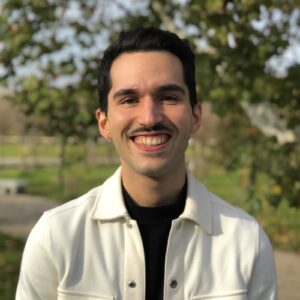 Daniel Valtueña (he/him/his) is a PhD Candidate in the Latin American, Iberian, and Latino Cultures Department at the CUNY Graduate Center and a Mellon Humanities Public Fellow at the PublicsLab. Daniel teaches romance languages and cultures at Baruch College and works as a Programs Assistant at the Queens Council on the Arts. His research focuses on contemporary performing arts in the Spanish-speaking worlds. He is an independent curator based in New York and Madrid. 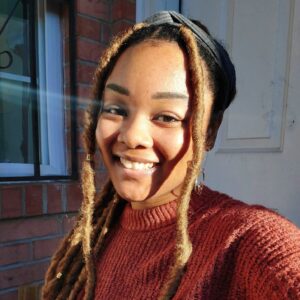 Inayah Entzminger is a doctoral student in the Biochemistry program, specializing in biophysics. They research the translation mechanism of the BYDV, an RNA virus affecting cereal grains, at Hunter College. Their career focus is in science writing and communication, and they run a graduate student mental health newsletter called Scientifically Sound. 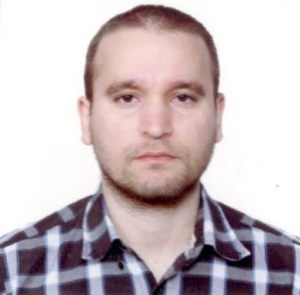 Justo Planas is a Doctoral Candidate in Latin American, Iberian and Latino Cultures at The Graduate Center. His dissertation, “Born in Cuba: Imaginaries of the Child and the Nation,” examines the representation of children in literature, visual arts, and medical discourse. In 2018, the Cuban Institute of Cinematographic Art and Industry published his first book, The Latin American Cinema of Disenchantment. In teaching literature, film, and Spanish to both elementary and heritage learners, Justo designs his classes to expose students to the diversity of Spanish-speaking communities and enable them to become better readers of Iberian, Latin American, and Latinx cultural expressions. 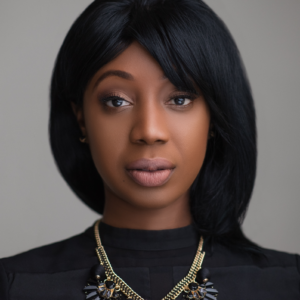 Kashema Hutchinson is Ph.D. candidate in the Urban Education program. She is also a Co-Director of the CUNY Peer Leaders Program. Kashema creates and uses Hip Hop infographics to facilitate discussions in traditional and non-traditional educational spaces. She is also a Co-Director of the Universal Hip Hop Museum’s Education Committee. In addition, Kashema is also an adjunct lecturer and teaches critical thinking to undergraduate and early college students.

Katherine Rivera Gomez (she/her) is a Costa Rican-American PhD Student in the Biology Program at The Graduate Center. At the present moment, she is working on restructuring her dissertation focus. She earned her Bachelor of Arts in Biology at Pace University in NYC. She teaches Biology Lab courses as a Graduate Assistant at Brooklyn College. Her goal is to become an educator where she can encourage students to cultivate their strengths and confidence through research. 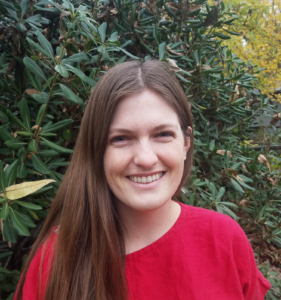 Kelsey Swift is a PhD candidate in linguistics at the Graduate Center. Her research focuses on critical approaches to language teaching and raciolinguistic ideologies in the adult English classroom. She teaches undergraduate and graduate level courses in linguistics throughout CUNY and also works in community-based adult education. 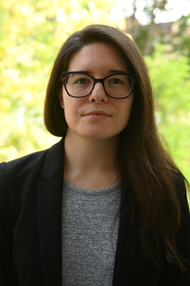 Nicole Cote is a second year PhD student at the Graduate Center. She holds an MS in Integrated Digital Media from NYU’s Tandon School of Engineering and an MScR from the University of Edinburgh. She works at the intersection of the environmental and digital humanities, thinking about plants, knowledge generation, and applying feminist theory and ethics to those fields. 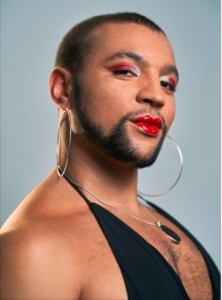 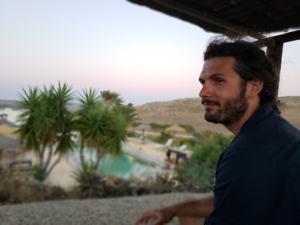 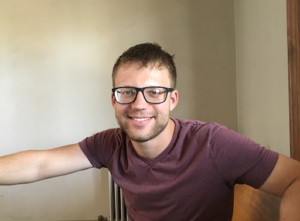 William Oliver is an MA student in linguistics at the Graduate Center. His interests include syntax, semantics, and computational linguistics. He holds a BA in Philosophy from SUNY Binghamton and an M.Ed. from Harvard University in Language and Literacy. Previously, he taught English as a second language for five years in Arizona and Texas.